Running a board game session can have its difficulties, one of the worst problems that can occur is having far too many players. People start to sit turns out, or work together in teams; a set-up that no one really likes. Sometimes you need a board game that is capable of supporting a larger pool of players. This can be difficult when you’re catering to six or more players, but there are some games that are perfect for larger groups.

There are a few practical issues with actually finding rewarding games for big groups. A lot of board games don’t have mechanics or gameplay that are rewarding for many players. Often, a board game will even advertise itself as being for up to six players but in execution, it just doesn’t work. The game can become incredibly tedious as normally quick gameplay is stretched over the larger group. The delicate balance of power between players is thrown off by the extra players making it more about luck.

There is also the complexity of the game to keep in mind. If the game takes far too long to explain you run a major risk of having players unaware of what’s happening and making turns even longer. These board games are perfect for playing in larger groups, they’re designed to avoid these problems. They have mechanics that can support six or more players and still be fun to play.

This board game isn’t just accessible to six or more players; it really players a lot better with more people. It is a dramatic strategic game with the twist of no one really knowing who they’re forming strategies against. Players are divided into liberals and fascists, with one player secretly made into Hitler. 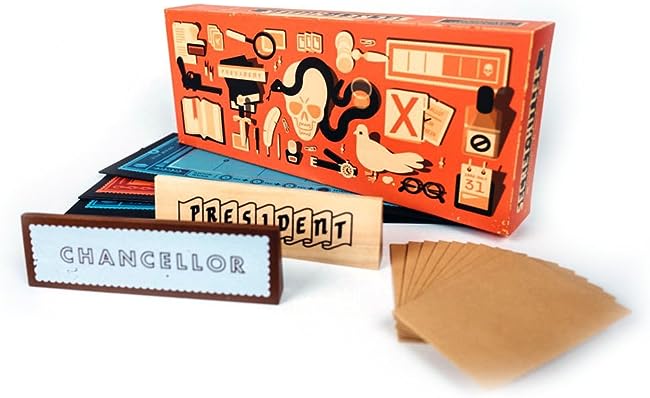 At the start of the game each player is assigned a role, the fascists learn who each other are and who is the secret Hitler. The liberals and Hitler don’t learn who anyone is. The players elect a President and Chancellor and start to attempt to pass laws. Fascists try to pass fascist laws, and Liberals pass liberal laws. As laws drift into Fascism, the secret Hitler gains emergency powers. Not knowing the allegiances of those working towards laws makes it difficult to predict what will happen next.

It is a game based around keeping secrets and deception. It is difficult to figure out if a law was passed out of luck or through deception. The liberal team has to try and pass five liberal policies or assassinate the Secret Hitler. The fascist team needs to pass six fascist policies or elect the Secret Hitler as chancellor. It is a complex and fun game that relies on bigger groups and the anonymity they create to work.

Deception: Murder in Hong Kong is a game for six or more players that can actually be played quite quickly. Usually, more players mean a much longer game, but this one can be run through in only around half an hour. You can probably guess what the premise of the game is; there has been a murder in Hong Kong and you can expect some deception. Players have to investigate the crime, with some players duplicitously working as the murder and accomplice. 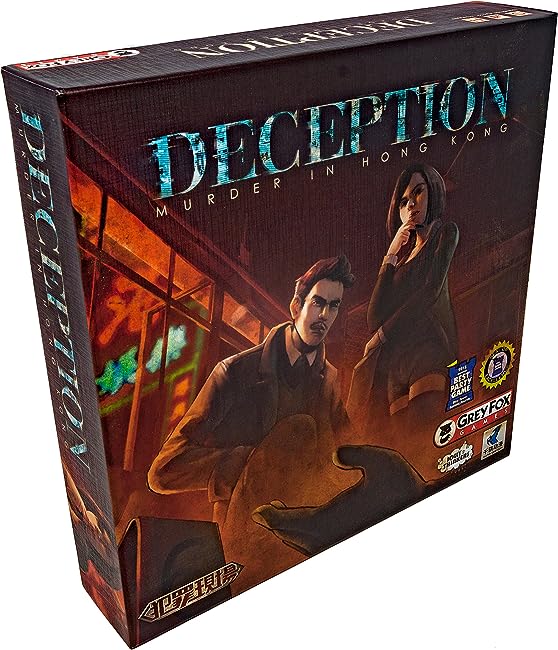 At the beginning of the game, player roles are randomly assigned. There is a Murderer, Accomplice, Witness, Forensic Scientist, and various investigators. The forensic scientist has the solution to the murder, but can only express themselves through scene tiles to give information to the investigators. The murder’s role is kind of self-explanatory, they direct blame away from themselves and try to pin things on a scapegoat.

The investigators are faced with interpretation truth from the other players and finding out what happened. The more investigators that are playing; the more fun the game is. With a large group, Deception can turn in a fun and fast investigation.

Chicago Express deals with one of the biggest problems of games for large groups, downtime and the length of a game. Often games become a little dull with so much time in-between turns with so many players present. This game avoids that by having a limited number of actions players can take along with a hard limit on the number of turns. A full game can be played in under an hour even with more than six players. 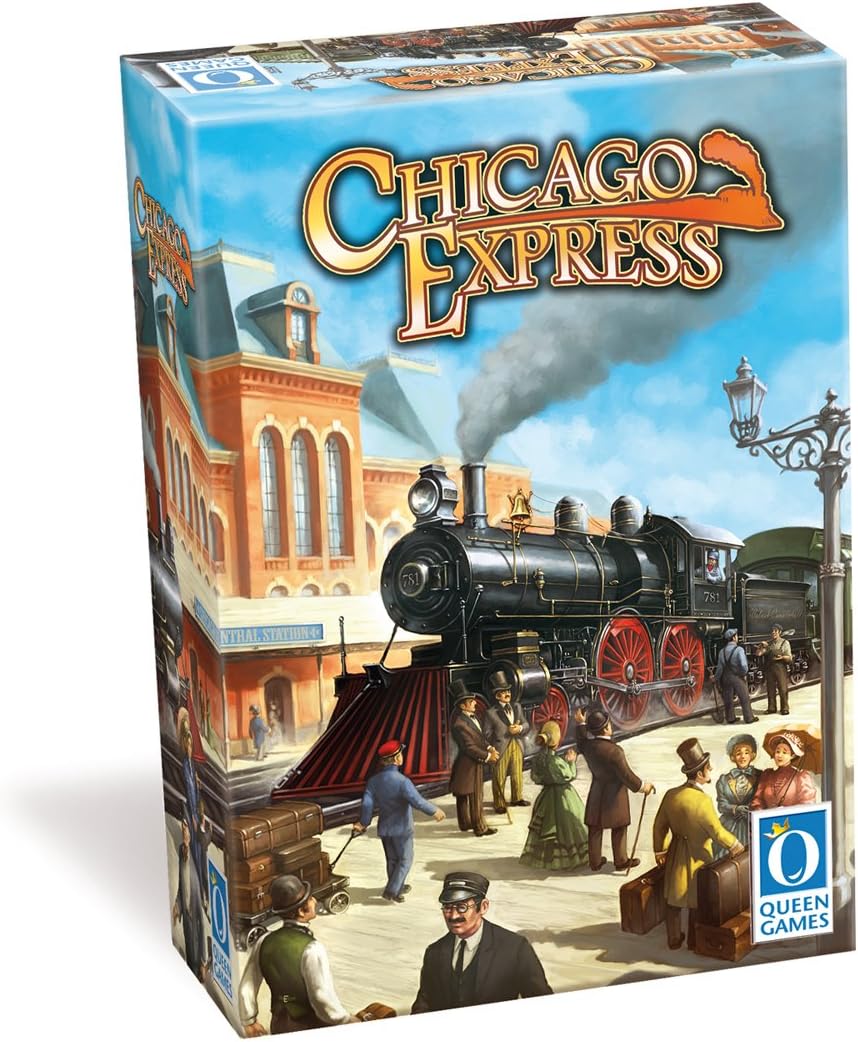 Each player competes to make money in the great expansion of America’s railways. Over each turn they can take one of three actions; auctioning a share of one of the railroad companies, expanding the rail system of one of the companies, or developing a hex on the board. Each of these actions can only be performed a certain number of times. After two of each action is done, the game enters a dividend phase where income is given to players based on their actions.

It is a strategy based on limited player input. However, these few actions are very well thought out. This stops the winner from being picked purely through luck which is always a danger in shorter running games. Despite being small in scale and options, Chicago Express is a rich and rewarding strategy game for six or more players.

Evolution puts any number of players in charge of the evolutionary progression of a species. You combine the various attributes on offer to develop into a species capable of surviving. The combination of various cards allows players to play in any way they want. You can develop a predatory species to actively hunt the other players and try to win, or develop a creature that can hide perfectly. 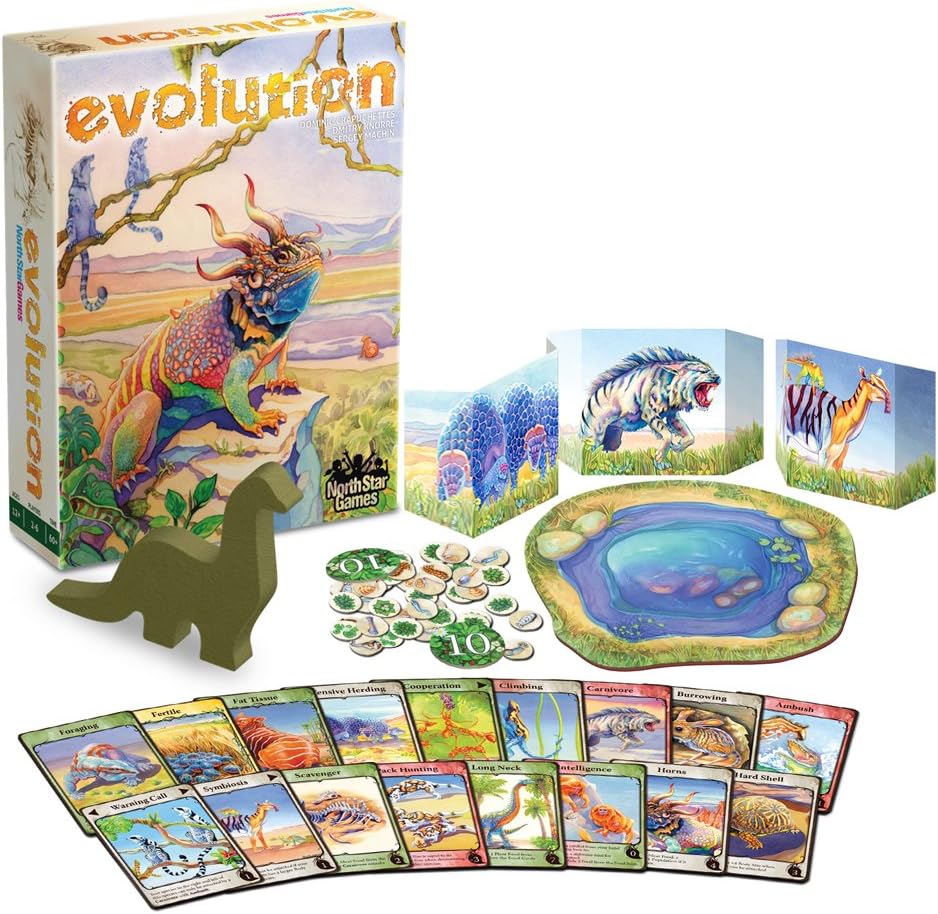 Evolution excels at rewarding any type of player. It is relatively simple so many players can be involved at once. It also allows the creation of narratives from the interplay between players. Each game is a new story of how the creatures you’ve created interact. Evolution thrives through letting the personality of its players come out. For a big group, it is a lot of fun just to interact with the evolutionary process.

Mission: Red Planet is a little different from many others on this list, it plays quite similarly to your typical long-running board game. However, it is still suitable for larger groups if you have a couple of hours to spare. 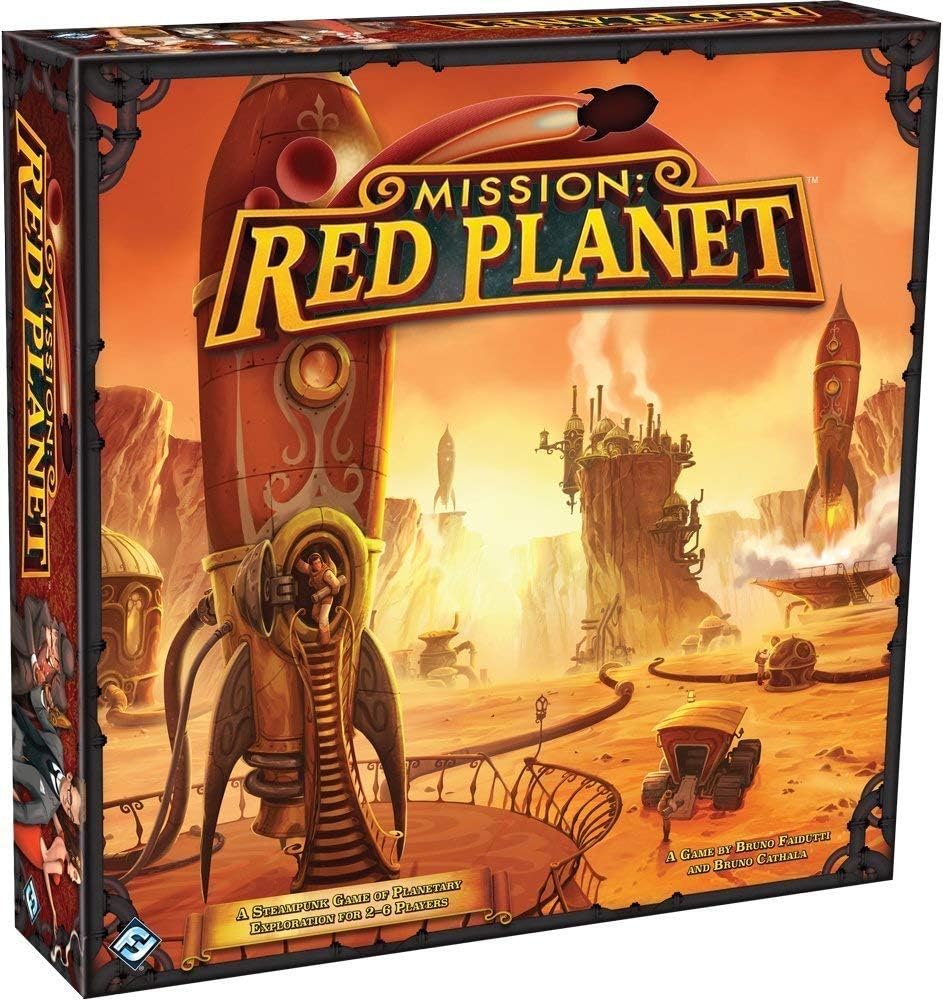 Players compete for the resources of the red planet, to make the most money out of reaching out into space. Each player has various things they can do to develop their hold on Mars from sending out astronauts to blowing up competitor’s spaceships. During turns you use a character card to move your players to Mars, find and collect resources, and try to fulfill secret mission cards. At the end of ten turns, your points form these missions are added up and a winner is declared.